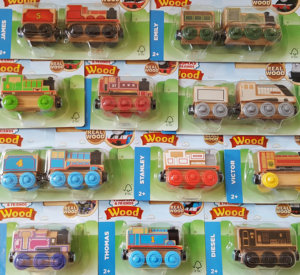 In late 2017 Fisher-Price released their redesigned trains, track and accessories throughout the US, Japan and then other countries around the world in 2018. The track was slightly redesigned to have a new two way connector design, with adapters included to connect the new style with the old (and other brands) and the trains now feature elements of wood throughout the design rather than completely painted. 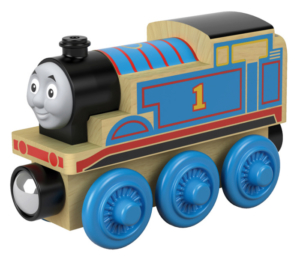 We recently launched the new Thomas & Friends™ Wood trains on our website and from the orders we have already been taking, have noticed that people are keen to add the new style of trains to their basket, due to their compatibility with other leading brands of wooden track and sets. In addition to this many die hard Thomas fans have been embracing some of the new style engines as an addition to their collection.

We understand that the new model of trains may have lost a touch of realism, but with this they have highlighted the natural elements of wooden toys and set some distinction between the wood and other varieties available. The new trains are made from sustainably sourced premium beech wood and combined with a slightly fresher paint design and some other subtle changes to the characters.